Is Winona Ryder in the Cadillac Commercial? 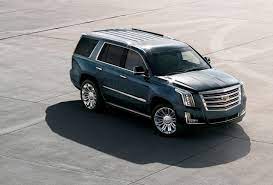 Winona is not a new name amongst us. She is an American actress and is the recipient of many awards. Ryder has won a Golden Globe Award and has two Academy Awards nominations for Little Women and The age of innocence.

She has also starred in several popular movies like Black swan, homefront, Heathers, Beetlejuice, and several others. Moreover, Winona is the crush of many people out there, both men and women. She is also widely popular for her affair with Johnny Depp.

Coming back to the commercial, I know what you are thinking? Sadly, Johnny Depp is not starring as Edward Scissorhands. This time, the gorgeous Timothée Chalamet is starring Edgar Scissorhands, Kim and Edward’s son.

Timothée Chalamet has carried the role of Edgar Scissorhands with perfection. He is an uprising actor, who has appeared in several widely loved movies like the Little women, Ladybird, Dune, The king, and most importantly Call me by your name.

Chalamet is no doubt a heartthrob and is considered one of the prominent actors of this generation. Plus, I have an interesting fact for you. Did you know that Timothée Chalamet is dating Johnny Depp’s daughter, Lily-Rose Depp? The couple has been together for over two years now and genuinely seem to be in love.

Initially, in 1990, Winona Ryder had co-starred in the blockbuster movie, Edward Scissorhands alongside charmer Johnny Depp. At that time, the stunning pair were together and were extremely popular as a couple. However, their romance lasted for about three years. They shared that the reason for their break-up was their demanding career and excessive interference from the media.

As of now, Winona Ryder is with Scott Mackinlay Hahn, a well-renowned American fashion designer, and entrepreneur, who is mainly known for his sustainable brands; ROGAN and Loomstate. The couple has been together since 2011 but has not tied the knot yet.

Now, thirty years later, in the recent Cadillac ad titled, Cadillac: Scissor Hands-Free, Ryder has reprised her role as Kim, Edward Scissorhands' love interest. However, this time, she is seen with their son Edgar, who like his father has metal scissors for hands. Edgar Scissorhands struggles with daily activities like his father and thus feels like an outcast.

He is however exceptionally artistic when it comes to crafting sandwiches. The ad is narrated by Ryder as Kim, who after seeing her son ace a VR racing game decides to buy him the new all-electric vehicle of Cadillac; the Cadillac Lyriq crossover.

The new Cadillac Lyric crossover has a Super Cruise driver-assist system installed which will enable hands-free drive on most roads of America and Canada. Sadly, the commercial couldn’t win the Super bowl best ad competition this year. Nonetheless, this commercial was a great hit and was loved by fans all over the world.

How to register your car in Australia Vs the UK

How Do I Not Fail My Driving Test?

Can non-residents get a car loan in Australia?

5 Things You Should Know About PPSR Reports

What Happened to REVS Checks?

A Brief Guide to Buying Used Cars in Australia

How to Identify a Stolen Vehicle in Australia?

Is Winona Ryder in the Cadillac Commercial?

It is a financially prudent habit and can save you from huge legal problems.